NSI Group has opened a new office in Tanzania. The company NSI Tanzania Ltd, incorporated in 2017, has officially started trading on 21 March 2018, with registered office at Dar Es Salaam.

At a grand event held in the Dar Es Salaam Serena Hotel, the NSI Group Management Committee officially announced to the local financial players the start of its activities in the field of personalizing securitized documents and electronic payment services.

The Belgian Group JOOS, worldwide specialists in printing securitized documents, joined in the event and was represented by Mr Vincent Dumortier.

Representatives from some thirty banks were present that day to meet the senior management team of the Group and attend the presentation of NSI’s core businesses, raising freely any and all questions about the latter and its plus-value for the Tanzanian market.

Mrs Rita Ngarambe, NSI Tanzania Country Manager, welcomed the guests. Her welcome was followed by an address from by the Group CEO Mr Richard Michel, who insisted on the added value of NSI in Tanzania and on the advantages the Group can offer to the banks and micro-credit institutions of the country.

Then followed a detailed presentation, given by Messrs Olivier Duterme and Olivier Cesar Muvuzankwaya, respectively general manager and IT Director of the NSI Group.

These presentations were followed by a question and answer time. The event ended with a lunch during which more specific subjects, proper to the various banks, could be discussed.

Theses exchanges clearly indicated the interest of the local economic players for the know-how, the experience and the business specifics of NSI.

The next few days were used for meeting the local authorities (Central Bank) and some potential customers.

After Morocco, Rwanda, Burundi and the DRC, NSI continues its expansion in Africa and now enters Tanzania, another high potential market.

As part of NSI Group expansion and modernization strategy, the group’s visual identity has been renewed. Indeed, this new visual identity is a necessary evolution which corresponds to the dynamics and the current modernity of Read more… 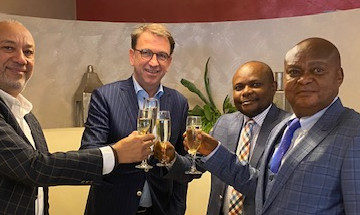 JOOS Group and NSI Group, strategic partners in Africa, sign a contract with the National Service for Supply and Printing (SENAPI)

The National Supply and Printing Service (SENAPI) is the official printing press of the Democratic Republic of the Congo. Composed of approximately 800 employees, this public service under the authority of the Ministry of the Read more… 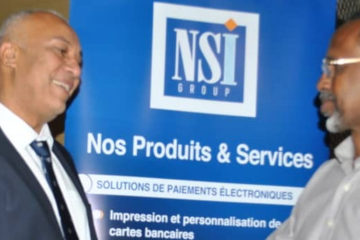 NSI Group has opened a new branch in Djibouti. The company NSI Djibouti, incorporated in 2019, will start servicing the financial sector of Djibouti on the fourth quarter of 2020. On the back of a Read more…